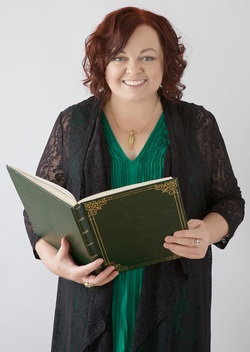 Cara undertakes professional development activities annually, and has been satisfactorily reviewed by the Marriage Celebrant's and Marriage Law section. Her registration is in good standing and as a Religious Marriage Celebrant she has passed a 'Working with Children Check' which is valid till 24-03-2024. She specializes in the civil and religious marriage ceremony known as a handfasting.


As a witch, Priestess and celebrant Cara has led many rituals, large and small, in every mainland Australian state and overseas.  She recently constructed a stone circle in her garden and has built a temple dedicated to the Goddess Amphitrite adjacent to her Home. In 1991 she co-founded the Witches Guild at Deakin University and is also a long standing member of the Fellowship of Isis.


Cara's qualifications include undergraduate degrees in architecture and she recently earned a doctorate. Her research focused on people who build their own houses. She is a published poet and also has qualifications in carpentry and in training and assessment. She has worked and been active in the community sector for many years, focusing on education, housing and women's health.